Looking Back: Shreyasi Das and "Dissonance"

This week, we spotlight another animated 2012 Visions Official Selection and the charming artist behind it. 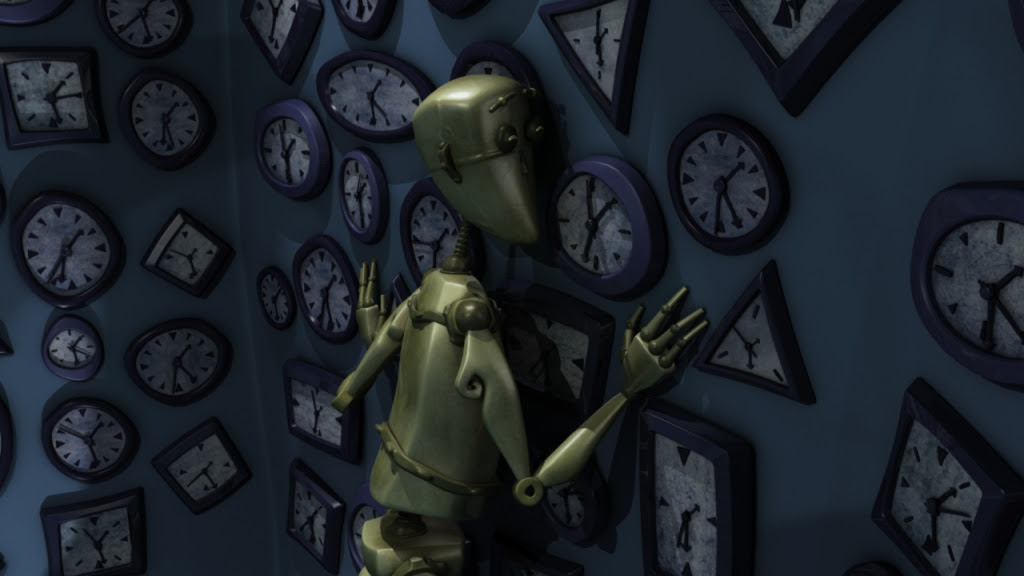 Have you ever heard a nagging sound so inescapable and frequent that it eventually became a melody in your head?  Shreyasi Das’ “Dissonance”—completed during her junior year at Rochester Institute of Technology School of Film & Animation—explores that very switch from irritability to creative perception.  Winner of the Excellence in Animation Award at the 2012 Visions Film Festival and Conference, the impact of this 3D animated film far exceeds its four-minute running time.

“There is music in imperfection.” “Dissonance” begins with the spheres of a Newton’s cradle clanking back and forth.  A robot sits idly in the background on a shiny floor that reflects an array of clocks on the surrounding walls.  We glide backwards to see the surrounding clocks formed in jagged, disproportionate squares, circles, and triangles, all ticking in synchronized clicks.  But eventually one clock falls out of synch, filling each empty second between ticks with a tick of its own.  The other clocks begin to follow suit.  The robot has one goal: to maintain order over the clocks, but what we see over the course of the film is chaos represented in way that is epiphanic and stimulating. 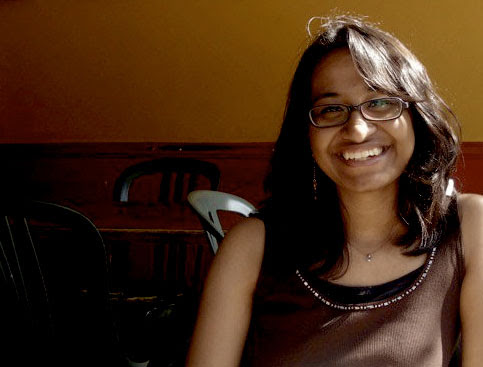 During her years at R.I.T. Shreyasi Das interned at studios such as Pixar Animation and Sony Pictures Imageworks.  Having recently graduated, she is now a 3D computer graphics artist at BLT & Associates, a design firm for the entertainment industry in Los Angeles, California.  She brings with her to the professional world a long list of awards and honors that includes not only her expertise in animation, but also excellence in academia.

A humble soul and a superior sculptor of both images and stories, Visions was merely a pit stop on Shreyasi Das’ road to success.

Check out her Vimeo page and personal blog.

Posted by visionsfilm at 3:10 AM

Email ThisBlogThis!Share to TwitterShare to FacebookShare to Pinterest
Labels: Looking Back